Review:
Enroll For This 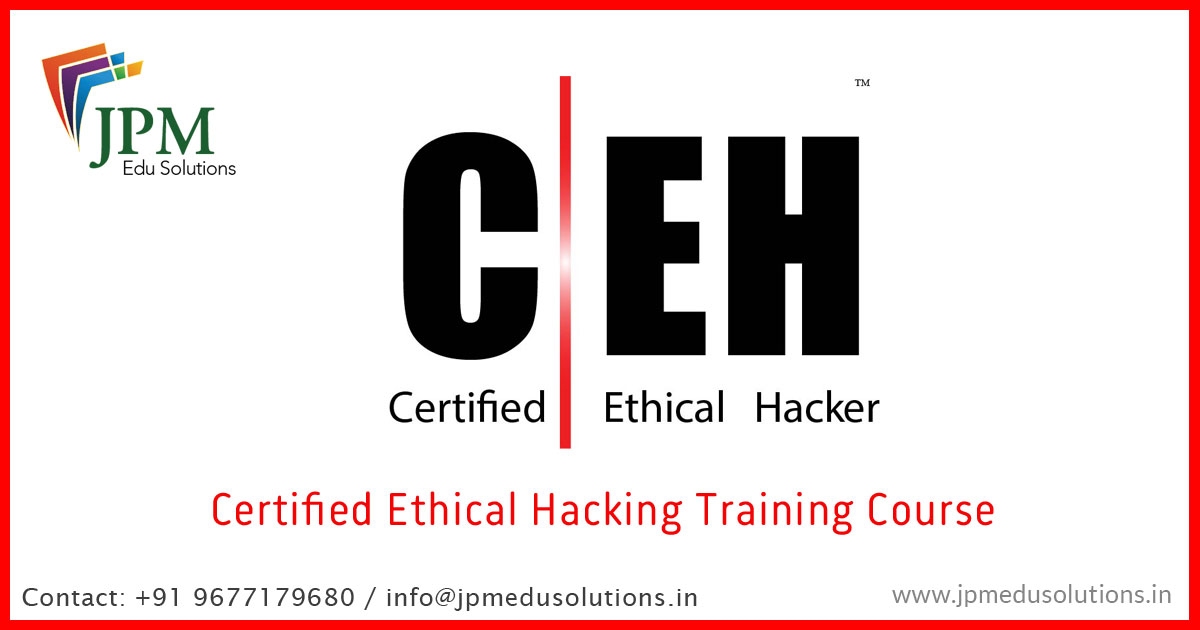 In this age of cyber crime, other than firewalls, virus protection, one of the most important weapons in our armoury of defence against hacking are Ethical Data Hackers. This is a term used to describe a hacking attempt, done to test and breach the security defences or identify weak spots of any IT systems, which may be used by malicious hackers. Ethical Data Hackers are certified and have a strict code as to what they can and cannot do, when carrying out ethical hacking.

What is Ethical Hacking ?

For a hacking attempt to be deemed as an ethical attempt, they must strictly adhere to the following code of conduct:

What are the advantages of Ethical Hacking ?

Computer hacking brings to mind a negative connotation associated with cyber criminals. As opposed to this an Ethical Hacker is a person who has been appointed by companies to try and hack into their systems so that potential flaws in security can be determined. The system of using Ethical Hackers has many advantages such as:

The fundamental advantage of having Ethical Hackers in a business’s payroll is that the hacking can be done in a safe and controlled manner. Based on the results of the ethical hacking, the business can take measures to strengthen their security systems.

When the Ethical Hacker finishes trying to hack into the business’s systems, they give a report on the vulnerabilities of the system. The vulnerabilities could be in the passwords encryption process, due to human failings such as a Manager giving his password to an unauthorised person, flaws in the programming etc. Once vulnerabilities are known, IT Managers can move in swiftly to plug the potential breach in the security systems.

An Ethical Hacker is trained so as to be able to demonstrate the techniques used by cyber criminals. It illustrates to Managers how a cyber criminal can exploit weaknesses in the systems and attack the business causing lots of downtime and the potential loss of crores of Rupees. This demonstration serves the purpose of helping the Management and staff learn how hackers work and how to avoid it.

Every business handling sensitive data, must understand that they are potential targets for cyber criminals. Small businesses that do not have the resources to employ full time Ethical Hackers may be tempting targets for malicious attacks. Such attacks can cripple the business or, even worse, shut it down permanently. By using Ethical Hackers, a company can take evasive measures by shoring up weak spots in their defensive armour.

Job opportunities in the field of Ethical Hacking

Since cyber attacks are the order of the day, every business Manager understands the importance of testing and trying out their defences against such attacks. Therefore, the job opportunities for Ethical Hackers are growing day by day. Not only is the pay good, it is a challenging task too.

We at JPM Edu Solutions, have been training students in the IT field for many years and have earned a reputation for excellence. Our Ethical Hacker training in Chennai is a much sought after course. Those who join the Ethical Hacking course in Chennai will undergo thorough and rigorous training. The syllabus for the Ethical Hacking Certification Training in Chennai has been designed by our panel of experts and it will take you through a step by step process so as to maximise the benefits of the course.

We offer a flexible timetable for the Certified Ethical Hacker Training Course in Chennai so as to suit the needs of most students. Even though the Ethical Hacking course Chennai, gives in-depth knowledge, we believe in charging only moderate fees.